History since the beginning of the 20th century Hotel with soul

The land parcel intended for building a private residence was bought from von Seidlitz-Sandretzky family by Wolfgang Dierig whose life and family are closely related to the history of the town of Bielawa.

The new owner was the chief executive of the largest factory in the region and he was a strong advocate for the development of local tourism. 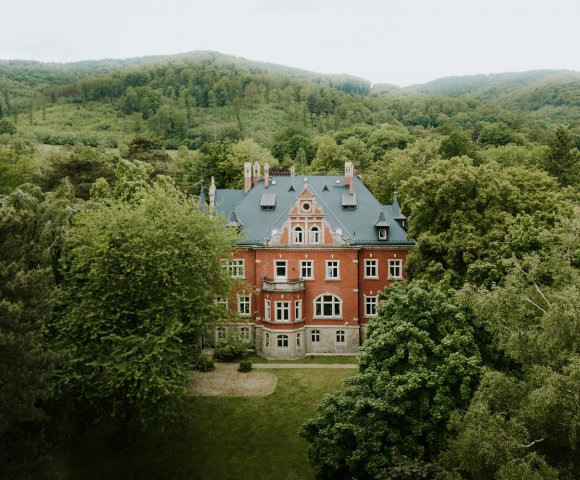 The construction works in the palace finished in 1904. Wolfgang Dierig with his wife and children lived in it until 1945. The death of the owner and his family is still shrouded  in mystery. 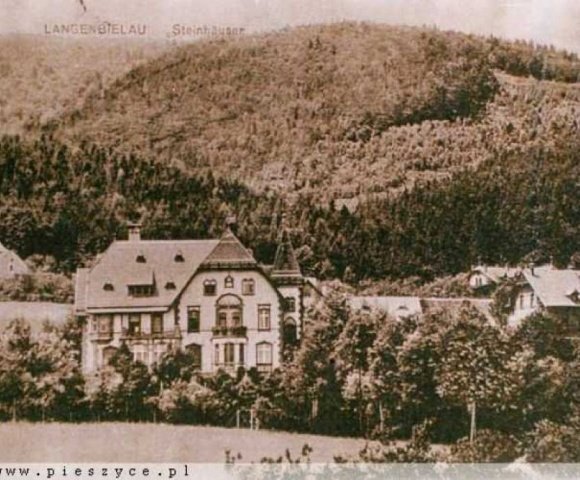 Construction of The Palace

In 1901 there began construction works coordinated by K. Berthold who came from Niemcza. Berthold cared for every detail of the building, which you can observe looking closely at numerous ornaments that were renovated by contemporary owners. For example, it is worth noticing that the stained glass that lightens the staircase was made in Adolph Seiler's famous glazier workshop in Wrocław. His works today are mentioned as some of outstanding works of art in Silesia region. Moreover, the thoroughly renovated Oak dresser in the Butler Pantry Hall in Garden Restaurant should not be overlooked. 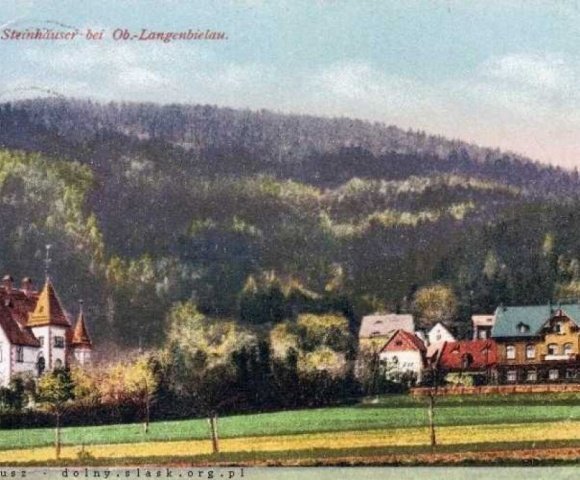 After 1945 the building together with living and administrative facilities was adjusted to the needs of the State Preventorium Programme and it was transformed to a treatment centre because of the micro-climate of the region. The preventorium was eventually closed in 2000. A year later it was sold to the present owners who did a thorough renovation of all buildings and contributed to enlisting the palace-park venue in the State Register of Historic places and opened Hotel Dębowy Biowellness & SPA. 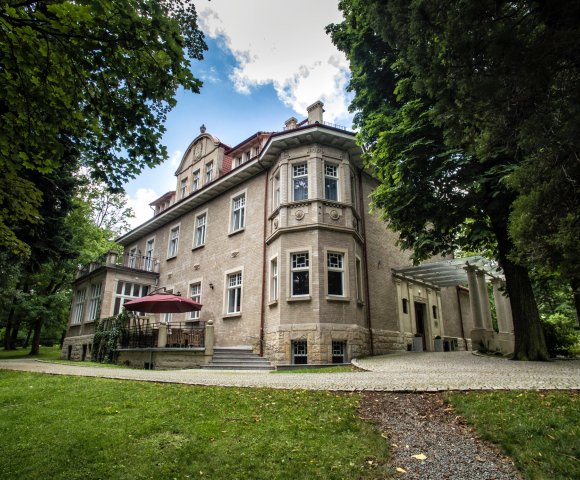 The villa that belonged to the manufacturer Heinz Rosenberg was built in 1904 in Art Nouveau style on the land that had belonged to Wolfgang Dierig. The construction works were coordinated by E. Weber, a construction contractor from Bielawa. The villa is rich in architectonic details such as window trims, moulds, rosettes and low relief with festoons. The aesthetic and architectonic attributes of the building are representative for Jugendstil trend from the beginning of the 20th century. Similarly to the main hotel building, after 1945 the Oak Residence was changed into a preventorium and later redecorated by present owners and transformed into a hotel.

During your stay at Debowy you can enjoy honey tasting, attend a workshop on healthy lifestyle, work out with a coach, or go on a hike. Show all

NO RETURN OFFER WITH BREAKFAST